For small businesses with limited budget, it can be hard to decide how to distribute your advertising budget. Money is tight, and a lack of time is often a problem.

Worse still is when you’re a new business fighting for visibility in the search results.

My client Kerry’s Fresh, a local business offering fruit and veg delivery, wanted to increase their online presence, but also wanted to reach their financial targets. We had a hypothesis that Google search ads would be the better platform to capture leads compared to Facebook advertising. However, we were also interested in the additional value that could be gained from Facebook advertising, such as Facebook page likes and brand awareness.

In this case study, we will explore whether it’s worth investing in both search ads and Facebook ads for a small local business like this.

Note that these platforms are very different in nature, and a like-for-like campaign is not possible, but we’ll still attempt to compare costs and results. 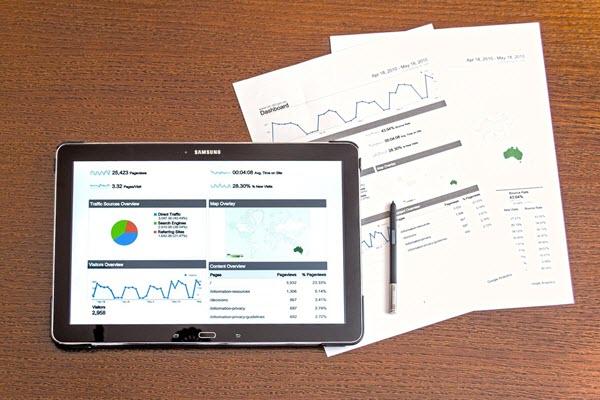 The objective for both platforms was to gain website transactions. For our Google search ads, we focused on keywords with high intent. As this is not possible on Facebook, we set careful audience targeting based on customer personas, to show our ads to users who were most likely to convert. This targeting strategy was paired with engaging product images and calls to action.

For the search ads, we ran many campaigns, aimed at B2B and B2C users. Yet, on Facebook we focused on the B2C audience and continued to improve and update the Facebook ads frequently, so that they didn’t become stale.

Example of a Facebook ad from the Kerry’s Fresh campaign

The landing page used for both platforms was the same, as we designed a landing page with paid search in mind, which had minimal steps to complete a conversion.

When comparing the results of search ads and Facebook ads, we can conclude that for new businesses, paid search ads are the best way to spend their budget in the short term.

The data shows that it was 72% cheaper to gain a transaction with Google search ads than Facebook ads. The search ads had a much lower average Cost Per Acquisition of £30.72 over a six-month period; this is far lower than the CPA for Facebook ads, where we saw a very high CPA of £109.

*Conversions for Facebook were all online transactions. For Google Ads (formerly known as Google AdWords), one conversion was from a phone call, the others were transactions.

Yet, when comparing all transactions from Facebook over the six-month period, the CPA is reduced to £23.30, and Facebook shows to be the most cost-effective platform, as the CPA was 24% cheaper than Google search ads.

Without the investment in Facebook ads, boosted posts and competitions this low CPA would not have been achieved. From Facebook ad manager, we can see that running Facebook ads played a significant role in growing their Facebook presence.

During this period, the client’s Facebook page gained over 460 new ‘likes.’ With the addition of boosted posts and running a Facebook competition, the client gained nearly 200 shares and 6,177 link clicks to their website. We found that as the Facebook audience increased over time, so did the online transactions.

One of the main differences between the campaigns was the spend. During this period, we spent less on search ads due to low search volume. Yet, Facebook would continue to spend the daily budget due to the nature of Facebook ad delivery and targeting settings.

Here you could argue that search ads are more cost effective, as Google Search ads will only spend the budget when keyword requirements have been met, yet Facebook continued to use the full daily budget if the audience requirements were met.

However, it’s important to consider the impact that the Facebook ads had on the overall success of the client’s Facebook performance.

Even though Facebook ads proved to have an expensive CPA for this client, I would not ignore the overall impact and brand awareness that can be achieved using the platform. We were able to reach more people who weren’t actively searching for relevant terms.

By testing and trialling both Facebook and search ads as part of the marketing mix, you can find what works best for you. I would also suggest having patience when it comes to social media advertising – the more you grow your following, the more success you’ll have.

Learn more about the differences between these two platforms here.

Lauren Ahluwalia is a Digital Marketing Consultant at Hallam, offering paid social advertising. Lauren is one of eight social media trainers for Facebook’s ‘She Means Business’ campaign, which aims to train 10,000 female entrepreneurs.

WordStream’s guest authors are experts, entrepreneurs, and passionate writers in the online marketing community who bring diverse perspectives to our blog on a wide range of topics.

See other posts by Guest Author